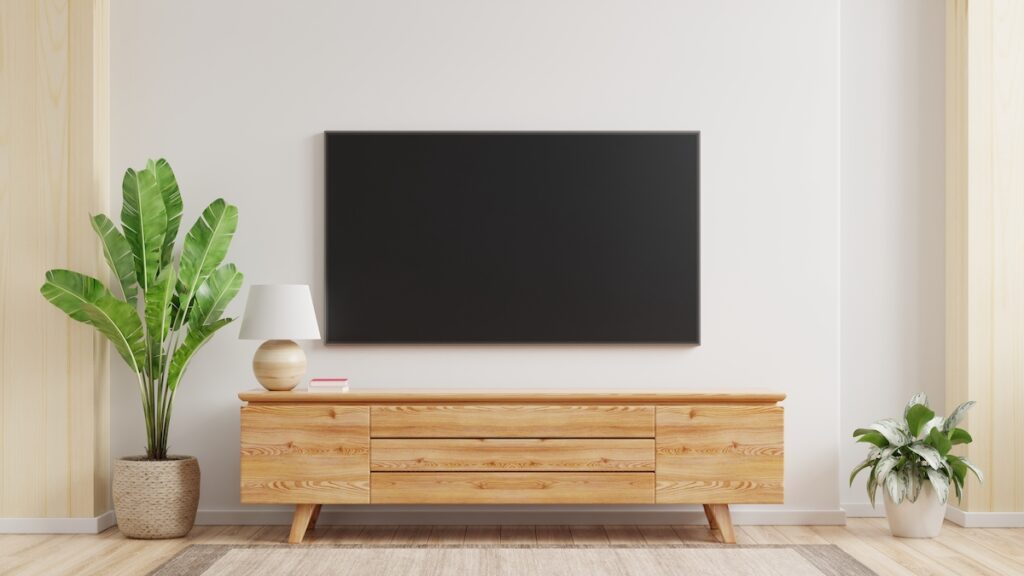 The task of buying a new TV can be daunting, especially if you’re unfamiliar with the electronics jargon used to describe a TV’s core functionalities. But as confusing as they are to the layman, these technical terms play a big role in determining the best specifications for your TV—from image quality to connectivity with other devices.

Needless to say, you need to have a fundamental understanding of these terms when choosing your next TV. With that in mind, here are the quintessential terminologies that may help you pick the right TV for sale that best suits your needs.

Even though LCD (liquid crystal display) and LED (light emitting diode) TVs are prevalent in the current era, most people are still unaware of what makes them different from each other. To start, an LCD TV has a flat-panel display composed of liquid crystals that constitute each pixel. A backlight shines through these crystals to produce various colors and display an image. LED TVs are just LCD TVs that use LED backlights to help display images.

OLED is the abbreviation for “organic LED.” OLED TVs use electroluminescence, which means that the TV uses electricity through carbon-based films to produce light. Because OLED TVs are self-illuminating, they no longer need a backlight. OLED displays typically consume less energy, offer better contrast, and have a thinner frame compared to their LCD counterparts.

QLED, on the other hand, refers to quantum dot LEDs. QLED TVs are LED TVs that use quantum dots, or microscopic nanocrystals, that emit a wide range of colors. Most of the time, QLED TVs can produce highly accurate colors with better saturation rates.

Pixel is the shortened term for picture element, which is a minuscule portion of a digitally produced image. The number of pixels dictates the quality of an image displayed on the screen.

Ultra-HD (UHD) TVs can go beyond HD metrics and incorporate a 4K resolution, which means that the screen has a horizontal resolution of around 4,000 pixels. The typical measurements for a 4K-resolution screen are 4096 x 2160 pixels or 3840 x 2160 pixels. Having a screen resolution this high means that your TV can render brighter pictures and finer details than a typical HD TV. The latest TVs on the market may even have an 8K resolution, or 7680 x 4320 pixels.

Aspect ratio is closely related to screen resolution; it is defined as the width-to-height ratio of a TV screen. Some aspect ratios are best paired with specific resolutions to avoid distortions that may diminish picture quality. When the film, TV show, or video displayed on your TV has an aspect ratio that doesn’t match your screen, black bars appear on either the vertical sides or the horizontal sides. Most HD or high-definition TVs have a 16:9 aspect ratio, which is the current standard for contemporary media in general.

The contrast ratio is an important spec because it measures your TV’s capacity to produce vivid, contrasting colors. A higher contrast ratio means that the TV can produce subtle colors—from the brightest whites to the darkest shades of black. A contrast ratio of 1000:1 is not bad, but you can enjoy more high-quality viewing with a 3000:1 ratio.

Frame rate is defined as the number of frames per second (fps) in a video sequence. This term is often confused with refresh rate, which is meant to measure a hardware’s capacity to display images per second. Generally, frame rate is more aligned with the smoothness of flow in video content. A frame rate of 60 fps or above ensures a less clunky transition of frames in video-based output.

As mentioned previously, the refresh rate measures the number of times your TV screen displays images every second. Similar to frame rate, a higher refresh rate often means smoother and more realistic displays of motion. Most modern TVs have a refresh rate of 60-120 Hz.

High dynamic range (HDR) is the name given to technologies that TV manufacturers incorporate to boost a TV’s color accuracy and brightness range. Most smart TVs have HDR elements like HDR 10+ and Dolby Vision that aid in producing lifelike images on the screen.

Latency, also known as lag or ping, refers to the responsiveness of your TV in displaying video output. The lower your latency, the less delayed the video will be.

Usually, the element of latency is crucial for buyers who intend to use their TVs for gaming. Latency is often measured in milliseconds, with some higher-end TVs having input lags as low as 9 milliseconds. Latency is often unnoticeable to the naked eye, with most gamers and casual TV watchers satisfied with at least 30 ms of lag.

Bezel refers to the framing around your TV screen that protects it from damage. Most TV manufacturers today are veering away from thick, chunky bezels that tend to obstruct the screen. A lot of high-end TVs have sleeker metal bezels, sometimes incorporating a bezel-less, all-screen framework.

HDMI, which stands for high-definition multimedia interface, is a digital cable and port combination meant to simplify the audio and video cords previously required by traditional TVs. HDMI cables can connect your TV to various devices, including laptops, gaming consoles, and DVD players.

It’s All About Knowing What You Want

Being in the market for a new TV in 2022 entails an adequate understanding of the latest in TV technology. To truly know the specs you desire, you must understand the terminology that experts use to describe such features. The next time you need to weigh your options for a TV, be sure to learn about these terms to heighten your chances of making a high-quality, cost-efficient, and long-lasting investment.

Get To Know Us

Get special offers from Savers Appliances

Subscribe to our newsletter and get the latest updates and promos

This site uses cookies to provide you with the best online shopping experience. By clicking “Yes, I Accept” you explicitly and unambiguously consent to the collection, processing and storage of your personal data by Savers Appliances for the purposes described in the Data Privacy Policy. Please ensure that you have comprehend the terms in our Data Privacy Policy before providing your consent.Yes, I AcceptRead more